Ornässtugan is a large medieval guest house dating from the early 16th century. It belonged to a wealthy miner who was a stakeholder in the Falu Copper mine and the building was part of a group of buildings constructed around a courtyard.

In Ornässtugan one of the greatest betrayals in Swedish history took place.
It has been 500 years since Gustav Vasa’s adventure in the Dalarna occured. It is impossible to distinguish between what is fact and what is fiction, but it is easy to understand why the legend of Gustav Vasa lives on. The story is spectacular and personal, with elements of power, justice, battles and sudden death.
Perhaps it was freezing cold on that December night in 1520, when the young Gustav Vasa sneaked over the border into the Dalarna and according to his own admission, walked in the forest dressed in a woolen rag and with snow-shoes and maybe even skis, Vasa made his way through Dalarna.
The most mentioned incident in this history was when Gustav Vasa hoisted down from a high privy in Ornäs. The rebellion was a success, and Gustav Vasa was crowned king of Sweden.

The medieval Ornässtugan has fascinated visitors throughout the years, and they have come to admire its architecture and learn about its exciting history, in which Gustav Vasa played an important part. A museum was established here early, in the year 1758, and the stories were handed down from generation to generation. Today, the same museum remains, with the same purpose. The exhibition is the world´s oldest preserved in the same building, still open to the public.¨

Guided Tours in the summer.
Join a guided tour of Ornästugan and hear more about its exciting history. Tours in Swedish every hour and in English at 3 pm. Access to the house is only with a guided tour.

Ornässtugan is located between Borlänge and Falun in parallel with the national highway 50. To get to Ornässtugan, take the main road towards Ornäs. After the railway junction, turn left and follow that road for about 300 meters. After passing a brick building, turn right. That road leads out to the headland where Ornässtugan is located. 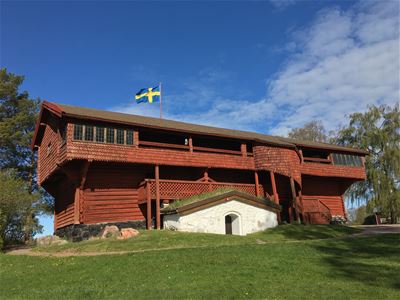 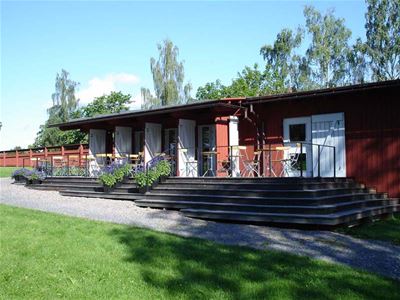 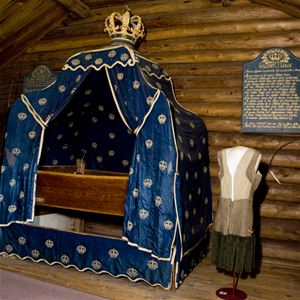 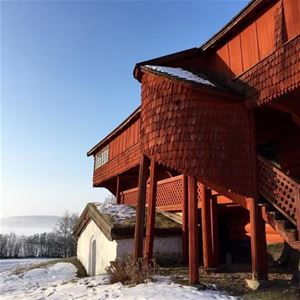 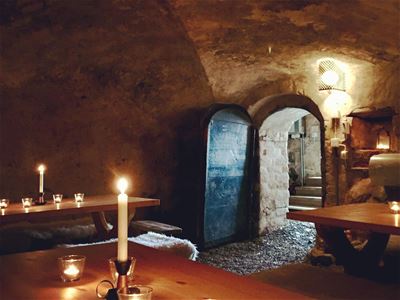