Easy trail on varied surfaces. The trail goes along Oreälven and passes Christinefors (Nybruket), Furudals Bruk, the golf course and the camping at Ore Fritidsby.

Worth seeing along the trail is Furudals Bruk that was established in 1709 by “Mechanique
capitainen” Birger Elfwing as a gun foundry. The main products were cannons for King Karl
Xll’s military campaigns in Europe. Weapons production ceased after about 40 years.

When Furudal was bought in 1776 by Isac Gustaf Clason the elder, the forge was expanded
to include a substantial mechanical workshop as well as a chain smithy, in which the famous
Furudal anchor chains were made. With time manufacture also came to include the first iron
ploughs which were exported in great numbers in the opening up of the American mid-west. The iron came from Furudal’s own mines in Falun and Leksand. Production costs and
falling prices eventually took their toll and the Furudal iron works was closed in 1884.

During the Second World War, Furudal played an important role as a base for training
Norwegian police troops and there is now a Norwegian Veterans Museum for this in Furudals Bruk. 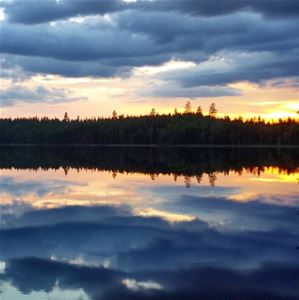 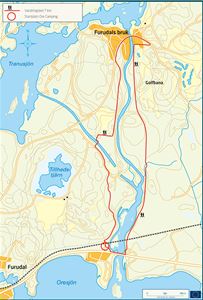