Långfjäll Nature Reserve is a large (68 000 ha) area in addition to Långfjället covers Dyllenområdet and Juttulslätten. Several of the area's virgin forests and wetland areas have very high nature values. It is frequented mountains, especially in connection with Grövelsjön Mountain Station and the Southern Kings Trail. Together with adjoining protected areas - Rogen in Jämtland and Femundmarka in Norway - formed the borderland, a large area with high nature values ​​which are also of great importance for outdoor recreation.

The area is flat, low mountains interspersed with wooded valleys and a flat marsh area in the far east. The mountains are gathered in three north-south eastern ridges separated by respective Grövlans, Storans-Hävlingens and Hagans valleys. Most of the mountains has a height of about a thousand meters above sea level, while Storvätteshågna, Svealand's highest point, reaches 1204 m asl. Juttulslätten lined with occasional low mountains at around 900-1000 m asl, while the plain is a plateau of about 750 m asl.

The bedrock consists of rocks belonging to the Scandinavian mountain chain, such as quartzites, sparagmiter, gneisses and granites. Of geomorphological interest is Rogmorainformations in Storåns valley and along the lakes north to Våndsjön. Classic is the already mentioned by Linnaeus ice lake shorelines along Grövelsjön.

In the dry open landscape is golden plover, meadow pipit and wheatear numerous. Gluttsnäppan is common in marsh areas in the forest, Siberian jay in coniferous forests and redstart in the pine forest. Moose, hare, squirrel, marten, mink, weasel and red fox, are animals you can see. Fish availability in rivers and lakes is good.

The area has a fertal older settlements which constitute the salient features of the landscape and are valuable from a biological standpoint. Reasonably well maintained pastures are Gjoten, Valdalsbygget, Ulvsätern, Foskdalen and Västra fjätvallen.

Traces of the country's southern Sámi settlements are in the form of residues of the sami camp that was built around the heirloom. A few huts and other buildings include the Slagufjällets sami camp, Hävlinghällornas sami camp, Hågålägret and Grövelsjön. The whole area, including Grövlans valley, you can find the old system of traps. The reserve is situated almost entirely within Idre sameby reindeer-year around areas and its used almost all year around.

Fishing has most extensively in Storån-Hävlingensystemet but diligently fishing also occurs in Hågån, Foskan, Grövlan and other major rivers and lakes. At Särsjön, Hävlingstugorna and Big-Våndsjön's there are cabins for rent. Both during summer and winter they are used intensively. Rowing boats and canoes can be rented at Hävlingenstugorna.

The recreational activities occurring in the area (especially in the area between Hävlingen and Grövelsjön) is hiking, fishing, ski touring, canoeing, berry picking and some downhill skiing.

In this area there are numerous snowmobile, winter and summer trails emanating from Grövelsjön and Lövåsen with Storvätteshågna or Hävlingenstugorna as goal. The most famous trail is the pilgrim route that passes Grövelsjöns southern tip. Also west of the river Grövlan goes several leads to the Stora Olån, where there is a shelter at Sylen in Norway and Valdalsbygget where there is a mountain acts as a shelter. Rest Cabins at Foskbäcken, Töfsingen and Slugusjön and in two places after Storån where two firecabins have been arranged as cabins.
At Hävlingensystemet there are several cabins. Swedish Tourist Association has a cabin with 20 beds at Storrödingstjärn which has staff during the peak season and is open year round. 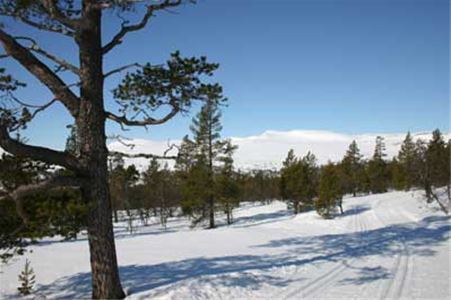 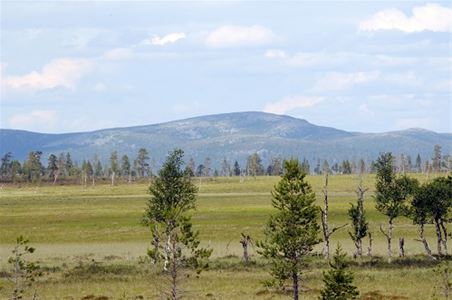 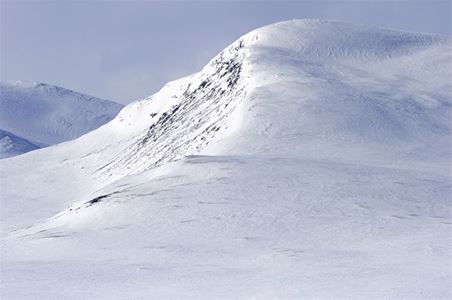