An artist´s home where the artists Margit Rahm-Dalne and Herman Dalne lived.

The artist's home Tuvatorp was built during the 1950s by the spouses Rahm Dalne, Herman and Margit. The oldest house on the farm is an old cobblestone house from the 1850s.

Margit Rahm was one of the most talented artists during her lifetime. For example, she often attended Liljevalch's spring salon. The State Arts Council made sure that she was represented in state works and regional buildings. She also received state artist support, something that few are eligible to receive.

Herman Dalne was also artistically gifted and is known in Dalarna for his abstract paintings of wax chalk. Herman was also a skilled player and composed some of his own songs.
The artist's home is original and is similar to a museum with furniture from olden times. 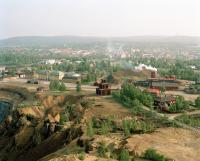