The Tangeråsen Nature Reserve contains a 200-year-old coniferous forest with many rare plants and animals. There is also a 2km hiking trail.

In the Tangerås Nature Reserve there is a 2km long hiking trail. The hiking trail is marked with orange markings and there are many information signs after the trail. Sometimes the path is poorly trampled so keep an eye out for the next orange mark! At the end of the path you end up at the Tangerå woodland lake. The directions will take you to the start of the hiking trail.

Information about Tangeråsen from Länsstyrelsen Dalarna
Coniferous forests with little leaves
Large areas consist of coniferous forests, including in the northern slope towards Tangeråstjärn, on Digerberget and Rull-Lassåsen. There, only occasional picking has taken place in recent decades. There are also elements of single deciduous trees such as aspen, sallow, spring birch and rowan. In the Eastern part of the shift is a small area with more than 200-year-old pine forest.

Quantities of threatened species
The area contains a lot of dead wood and dry shrubs (standing, dead trees). Several discoveries of red-listed species and so-called signal species in several different species groups have been made.

Typical key biotopes
The natural forest areas within the future reserve are very worthy of protection and are fine examples of so-called key biotopes in an otherwise heavily affected forest landscape. Other parts of the area consist of cultural forests of different ages and conditions.

. Traces of fires and cultural remains
The entire area is more or less affected by fire and there are traces of 4-5 fires. At the stream that flows from Tangeråstjärn there is a bottom of the coal. Furthermore, there are traces of some old house foundations.

Within the reserve, it is not allowed to:
- drive a motor vehicle in the terrain. Driving may be done in connection with rescue operations. Exceptions also apply to the performance of snowmobiles on marked trails on snow-covered ground.
- disturb or injure wildlife, for example, by climbing a botanical tree or consciously staying closer to a bird of prey, lair or pot than 100 m
- damage growing or dead - standing or fallen - trees and shrubs, digging up or picking flowers, mosses, lichen and wood fungi

From Älvdalen Tourist Office: Drive RV70 south towards Mora. Turn left towards Evertsberg via Hagalundsvägen. After the bridge, turn right towards Kåtillavägen and follow the road for about 700m until a sign pointing to Rämma on the left. Drive all the way to Rämma and pass the village. Just before the road divides at the end of the village there is a gravel parking to the left and Tangeråsens Nature Reserve sign is on the other side of the road. 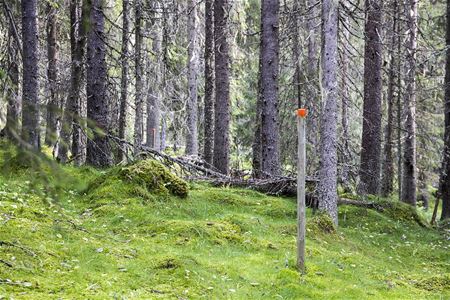 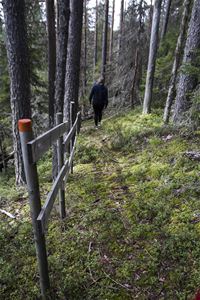 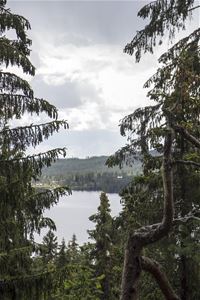