On board the steamboat S / S Engelbrekt you can discover the area around Siljan from the water in a unique 19th century environment. In summer, the boat runs tours on the river "Österdalälven" and on the lake "Siljan". Some tours have onboard entertainment. Serving with rights. Departing from Kajen, Leksand. Preorder.

The ship was built in Göteborg in 1866. It was delivered in pieces and assembled in Mora, and was originally named after the city. During the winter of 1902-03 the ship was rebuilt and a new steam engine was installed. The ship was named Engelbrekt and put to carry passengers on the lake of Siljan from Leksand in the south to Mora in the north. The arrival of private cars lessened the demand for ferrying passengers and the season was shortened to summers only. In 1950 the ship sank while moored for the winter, two years later she was sold and turned into a summer residence. In 1971 she was bought by Olle Noresjö who formed the base for the association which now runs the ship. In 1993 the Swedish National Rail Department decided to close the bridge south of Leksand. The Siljan Shipping Association asked for money to renovate Engelbrekt as a compensation and so a massive rescuing project was started. Many people got involved and volunteered time, material and money to get the old ship back into shape. The ship was back on Siljan waters again in June 1996.

S/S Engelbrekt is now the only steam ship in Siljan that can travel down the river under the closed railway bridge. She is owned by an association whose only purpose is to keep her floating in Siljan. 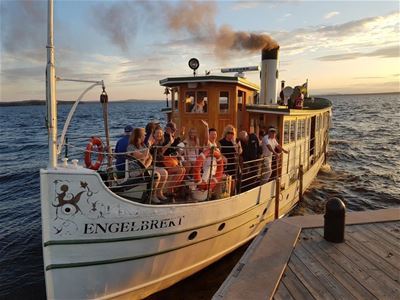 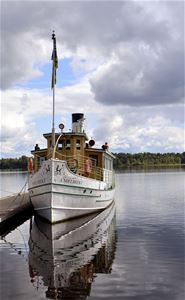