By train to Dalarna

By bus to Dalarna

There are several companies that offer direct busses to Dalarna. Flixbus och Masexpressen run daily departures between Stockholm and Mora with several stops along the way.

If you are going further up north, to Dalarnas mountains (Idre & Sälen), there are direct buses departing from Stockholm, Gothenburg, Malmö and Copenhagen (with several stops along the way). Note that these buses only operate during winter season. Book these ickets at Fjällexpressen.

By car to Dalarna

For the current traffic situation, you can visit the Swedish Transport Administration's website for traffic information. 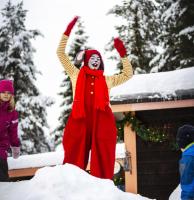