Attractions around the trail: Hornberga is located about 12 km north of Orsa on the southern border of Orsa finnmark, which extends north of the village. The town is known for, among other things, its snake spruce population, discovered in 1907. The Siljansleden hiking trail passes the northern part of the village. Here is also Hornberga chapel, which is decorated by Harry Sahlin. In Grönklitt you can also visit The Orsa Preditor Park, which Europe's largest. You can easily make a detour to Fryksås Fäbod, located 503 m above sea level with magnificent views of the Siljan area. Partly old buildings dating from the 16th century. 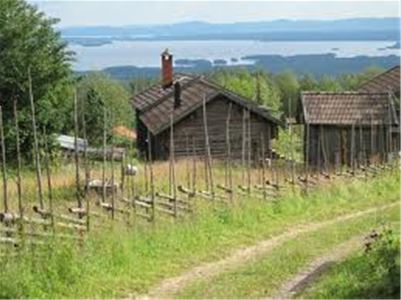 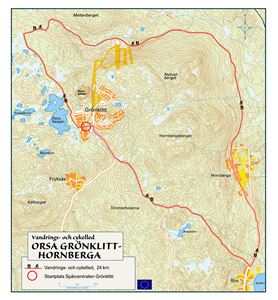