Where the smiths sweated rivers over the oyster's glow and the grinders sharpened the steels on the liars that made Långön's name known all over the world. Here, most people lived about 300 people with their own shop, own school and own gathering room.

In the beginning of the 19th century, Elfdalens Porfyrverk had great difficulties with the marketing of its products. To support the Porfyrverket, the decision was made that an ironworks would be built at Långön. Bar iron production began in 1809 but was abandoned as early as 1817. In 1836 the business was largely closed down.

During the 1840s, an expert and entrepreneurial management took over the operation of Långö. The bar iron production and the substance remedy were resumed and increased, while the production of liens started. It was also made "plow-iron", cores, drill bits and ax and horseshoes.

Manufacturing flourished right into the 1900. Production of tents continued uninterruptedly and production was sold in Sweden, among other things. Norway, Finland, Russia and the USA. The mill was honored at several industrial and agricultural exhibitions. After the 1890s, the mill delivered supplies. Despite this, the 1890s were Långö Bruks glory period. Then it was built eg. assembly hall, school house, dance track and a large residential building. After the turn of the century, the dairy production began to stagnate and the number of employees fell. Usage was no longer profitable.

Today, not much of the life lived here is visible. Only the foundation stones and piles of the masonry blocks remain and two buildings. But, looking under the surface, you can find many traces of the activity. 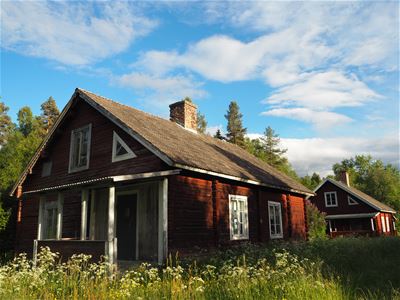 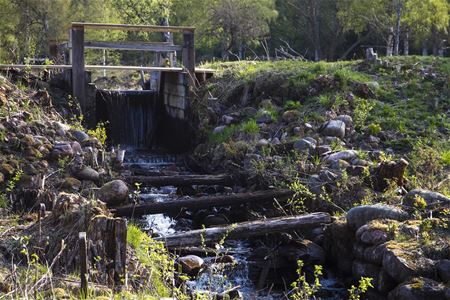 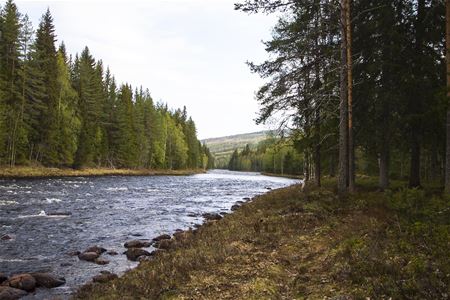