.King Karl XIV Johan's sarcophagus is made of Garberg granite, taken from this place.

In 1818 King Karl XIV Johan bought Elfvedal's Porphyrwerk. And when he died in 1844, a large sarcophagus (designed by Robert Brouhn) was commissioned made from Garberg granite. The production took a full 8 years and then they had to wait 4 years before they could transport the sarcophagus to Stockholm. They needed a cold and snowy winter.

The sarcophagus began to be transported from Dalarna to Gävle on February 9, 1856 on two specially built, eight and ten meters long sleds. The lid was pulled by 70 men from Sollerön and Mora and the sled with the coffin of 110 med from Älvdalen. After sixteen days, the sarcophagus came to Gävle on 25 February and was further transported in August with the Amiral von Sydow to Riddarholmen in Stockholm.

The sarcophagus is 3.04 meters long, 2.29 meters wide and 2.4 meters high. It weighs 16 tons, of which eleven tons for the coffin and five tons for the lid.

Since 1860, the sarcophagus has been in the Bernadottes burial ground in the Riddarholm church designed by Fredrik Wilhelm Scholander and built in 1858-1860.

From Älvdalen city center: Drive RV70 towards Mora for about 18km. There will be a sign to the left towards Budhed, turn in there. Follow the road until you see a small paved road at a parking pocket. 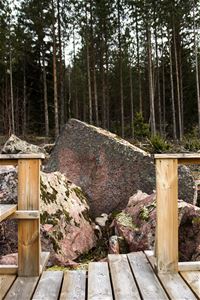 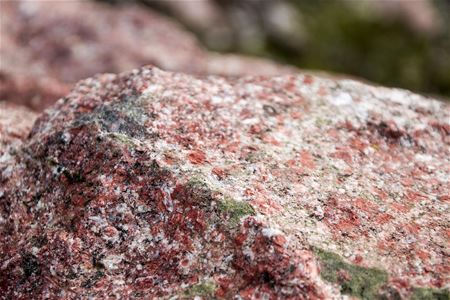 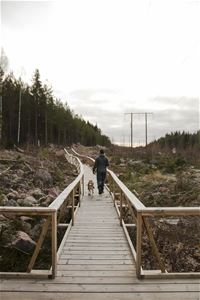