At Enån nature reserve, you can hike along many paths through the area and follow gentle turns of Enån in the wide canyon. There is also wind protection with fireplaces, mountain bike trails, horse riding trails and canoeing trails.

Geology
Enån is a part of Rättviksheden, which was formed as a delta at the edge of the former Baltic Sea. So there was a stretch of coast here 9000 years ago. Participated was an outlet for a powerful river that brought meltwater from the inland ice further north. With the melt water was brought lime-mixed gravel, sand and mo which were deposited at the outlet.

At the Kungsholstjärnarna the deposits are close to 90 meters thick. The land elevation caused the top layers to be exposed to the weather and wind and created a sand field. Over the millennia, a ravine has been cut through the deposits through the drainage via Draggån and Vinterån. Just north of Kungshol, these watercourses flow into the slowly meandering Enån.
Enåns has created a ravine that in its places is 250 m wide and 20 m deep. Because of the mighty riverbank deposits, the bedrock today does not go anywhere in the reserve. The bedrock consists of limestones, shales and sandstones of Ordovician-Silurian age, about 400 million years old.

Springkällan in the northern part of the reserve is an artificial source - a result of a failed attempt to drill for oil in 1869. No oil was found but well a water-bearing layer that created a natural fountain in the borehole. 150 years later, water is still spraying here.

Directions and a link to Google Maps are available via the County Administrative Board's website. 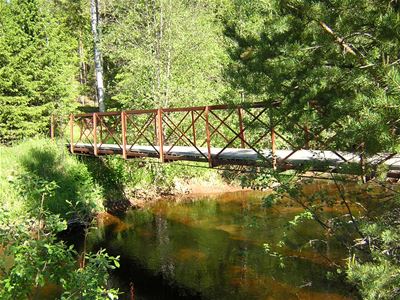 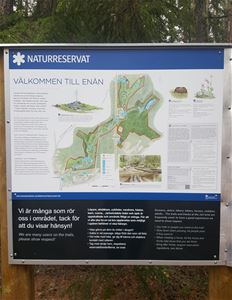 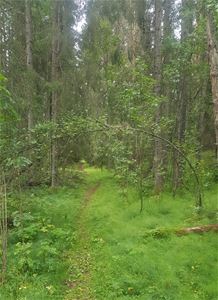 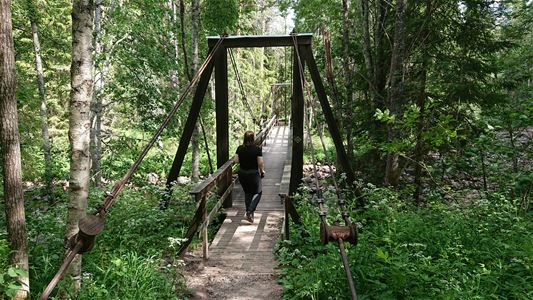 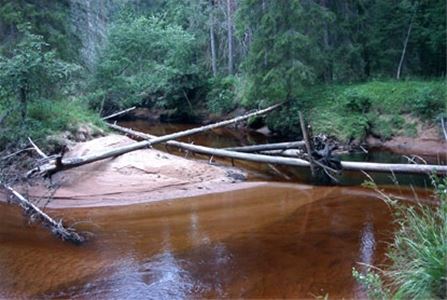