Visit Bunkris Fire Tower, which is 24 meters high and offers a fantastic view.

The tower is 24 meters high and is located 600 meters above sea level. It offers a stunning view over the vast wilderness areas. When you stand up in the tower you look out over a number of Dalarna's most spectacular natural environments. In clear weather you can see beyond the great forests how wooden mountains spread out from Sälen to the southwest through Näsfjället, Fulufjället and on to Städjan-Nipfjället, Fjätervålen and Vedungsfjällen in the north. To the east spreads Älvdalens Gunnery with low mountain Storvarden.

Bunkris Fire Tower was probably erected sometime in the 1890s. By that time, a comprehensive fire-fighting system had begun to be erected around Sweden. A fire tower was erected with fire guards and a duty to participate in extinguishing fire was introduced. In Bunkris, Älvdalen's enormous forest areas were guarded.

Note The last staircase in the fire tower is very steep, so take it carefully.

The fire tower is visible from the road and is located along national road 70 between Älvdalen and Särna. About 44 km from the center of Älvdalen. 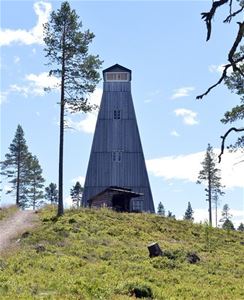 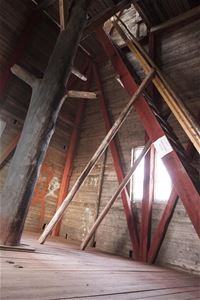 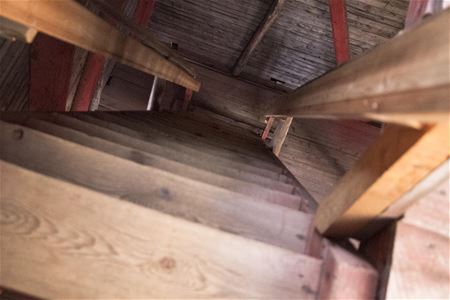 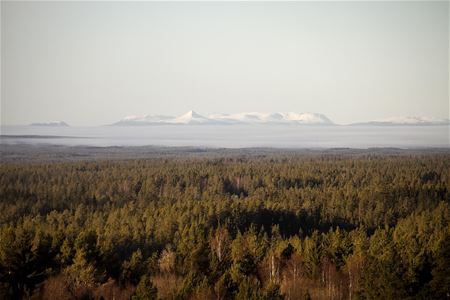